Warning: The magic method InvisibleReCaptcha\MchLib\Plugin\MchBasePublicPlugin::__wakeup() must have public visibility in /home/rectorl/public_html/wp-content/plugins/invisible-recaptcha/includes/plugin/MchBasePublicPlugin.php on line 37
 Ignition Interlocks Prevent Drunk Driving Accidents, 1000's of Them

According to a recently released study, over 37,000 attempts to drive under the influence were prevented by ignition interlock devices.

In study results the organization released in March, Mothers Against Drunk Drivers claim that 37,299 drunk driving attempts were thwarted in Wisconsin through the use of ignition interlock devices last year. Wisconsin boasts the greatest number of drunk driving preventions in the country. Ignition interlocks prevent drunk driving accidents because they require a driver to blow into the device. If the blood alcohol limit of the individual’s breath is above the legal limit, the device will not allow the vehicle’s engine to start 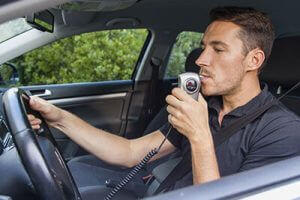 Since there are thousands of car accidents caused by drunk drivers each year, less intoxicated drivers on the road means less of these types of accidents.

In addition to saving lives, the devices also preserve resources, according to Frank Harris who co-authored the study and works with the devices. Thanks to the ignition interlock devices, fewer law enforcement officers are necessary to make drunk driving arrests or suspended license arrests.

Harris finds it shocking just how many attempts to start vehicles were prevented by the devices and how many drunk drivers would be on the road if not for the interlocks. He says the device can also be used by individuals with no prior DUI convictions who just want to err on the safe side.

According to the study, the device can be credited for preventing over 200,000 attempts at drunk driving over the last decade.

Per Colorado law, first-time DUI offenders with a blood alcohol content of 0.15 or higher must use the ignition interlock device, as well as all repeat offenders.

Thanks to concerted awareness campaigns by law enforcement and public safety organizations, the number of drunk driving deaths on U.S. roadways has decreased by just over 50 percent since 1982.

Despite this encouraging progress, however, much work still needs to be done to eliminate this senseless type of tragedy.

Among those killed in drunk driving accidents in 2015, two-thirds were involved in crashes where one or more of the drivers had a blood alcohol level of 0.15 or higher- significantly greater than the legal limit.

Since 1982, when the National Highway Traffic Safety Administration started tracking alcohol-related statistics, the number of people under 21 years of age who have been killed in drunk driving accidents dropped 80 percent- from 5,215 in 1982 to 1,021 in 2015.

In Colorado, DUI offenders may be eligible for early reinstatement of their driver’s license after serving just a fraction of the suspension. However, in order to qualify, they must have an ignition interlock device installed on every vehicle they own or have access to operate. To obtain an ignition interlock restricted license, DUI offenders must wait the one month revocation period, as well as other items on the court mandated list shown on this Colorado DUI Laws, Penalties & BAC Charts article.

Drunk drivers kill thousands of innocent men, women, and children each and every single year. If a drunk driver was responsible for your accident and your injuries, it is important to speak to an experienced and skilled Colorado Springs drunk driving attorney today. At Rector Stuzynski LLC, our Colorado Springs personal injury attorneys have the experience and the resources to build a case that is designed to obtain favorable outcomes for our clients. Call us today at 719-578-1106 for a free initial consultation and review of your case.

View Our Other Drunk Driving Articles 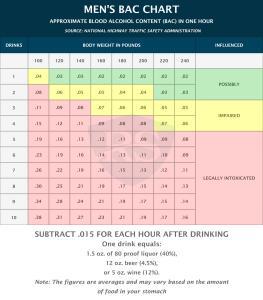 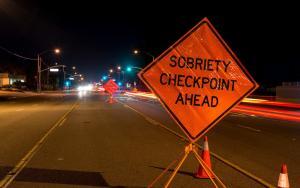 Colorado Springs July 4th DUI Patrol Is Out In Force